This is the latest instructions directly from God brought by Moses in 2012 to bring animal rights to the Earth. Every Animal either human or non-human animal has the same Equal Legal Right. All human-animals must follow the 11th Commandment or will be sent to Hell. Moses told you in 1300 BC, (You should not kill any innocent human or animal.) Demons of Hell restricted this command to cover only human parasites while it was meant for all animals not only for dogs walking on two legs. Moses is telling you now. It is very clear. (You should become Vegan.) 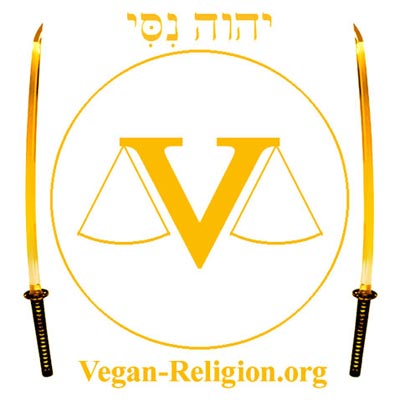 The Creator does not have any special children. Human animals and all other animals are equally children of the Creator. One child is not allowed to hurt others. The reward for ignoring the Law is Hell. Global, Legal, Equal Rights for all non-human and human animals will be enforced by the Execution Penalty. (53/57) A global disaster will happen soon. This is a punishment from the Creator. Humans are criminals. They murder 50 billion animals yearly. 365 days is 8760 hours. That is over 5 million murders an hour. Doomed, you are. Crushed, you will be. You must stop this or be ready for punishment. A painful punishment is planned by the Creator. Justice will be done.

The book is written by God. Moses gave you the book in 2018. I am Moses Prophet of God, came back here again in the year 2018 to warn you. Convert to Vegan and believe in God or you will be sent to Hell. Anyone who disobeys the Laws of God and my words will be sent to hell. A human-animal and any other none human animal are equal in the sight of the Creator. All 11 Commandments must be enforced. The 11th Commandment is, All humans must be Vegan.

All revenue is allocated to

It is a large PDF file. The size of the file is 48 MegaBytes. It is 802 pages. You need a tablet with enough RAM (memory) or a desktop computer to read it. Most small devices and phones cannot show a large PDF file. Depends on your internet connection it might take some time to download. Write-Click on the link and save it to your device. Download PDF reader from http://adobe.com. The Creator sent numbers on the computer screen to Moses. This is a huge miracle.

Moses spent years to translating numbers to human language. Be grateful to the Creator. Read, become Vegan. Moses does not want anything from you except, Justice for animals. This word of Moses is not a request. It is a Warning. Listen and you will live. Justice for animals must be enforced or all of you will be killed and sent to Hell. This is revenge for the blood of every innocent animal murdered by real dogs in human shape bodies. 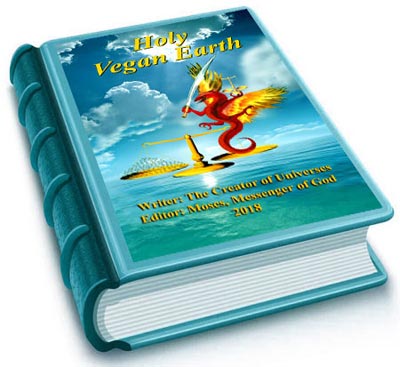 This Scripture is Sealed by Six Seals of God. The file is encrypted by 128-bit encryption code. Neither a word nor even a character can be replaced. The Writer is God. The Editor is Moses. The word processor file that I, Moses edited, is in a memory stick in the new (Ark of Covenant). I built the Ark of Covenant in 2012 from the instructions of the Creator. Its photo is in there.

The Sixth Book of Torah, Holy Vegan Earth is written by God to teach you that the highest standard is Justice. I, Moses, Edited it. It is 803 pages. Its table of contents is over 17 pages. God has spoken about many subjects in the book. Many of these subjects have never been told to humans before. I am not talking about archeological evidence. I have proof and evidence that I am Moses. It is in the computer software for communication with God. I explained it in the book.

New information is in the book. The golden calf of Sameri, Mt Sinai, Ten plagues, are covered in the previous books of Moses, Exodus, Deuteronomy. You heard about Pharaoh and the Justice that was served by drowning him and his soldiers in the Red Sea. I spoke about my brother Aaron and forty years in the desert with some new information about later incarnations of Aaron. He was a man of Justice. God the Father, is the Father of Jesus and the Father of all non-human animals, human animals, and all other entities in other planets that you are not aware of their existence. 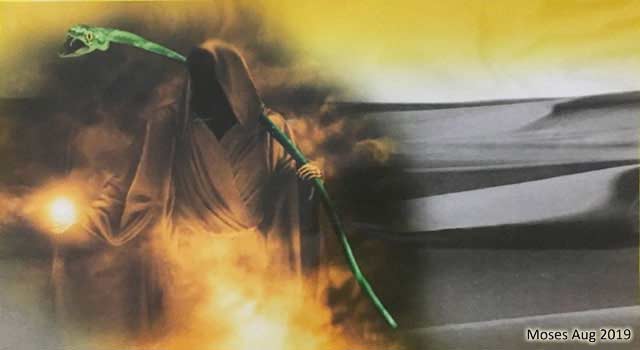 God is repeating concepts of Animal Rights and Justice in the New Book. You, a dog, a cockroach, a camel, and a cow all are equal in the eyes of the Creator. YHWH is Justice. The Creator always talks about Justice in previous books of God and the new book. The manifestation of Justice in this age is Equal Animal Rights. I also spoke about my role as Messenger of God in 7000 BC as Ravan. Ravan Brahma Rakshas was Messenger of God at that time and still is. Ravan Killed over 110,000 Indian Clergy. It was an act of Justice. 90% of what Indians know about my previous appearance on the Earth is incorrect. I am informing them about the real events that happened in 7000 BC when I came here as Ravan. The only soul that speaks with God face to face is me, Moses. This does not mean literally. Neither that time nor now I could see God. But I have direct two-way communication with God. Most of our communication is related to the execution of Animal Rights at this time. Read more about Standards of Value in the eye of the Creator in the book. Video number 00 is about the Miracle of communication. Video number 01 is about the book.

The Most Important Event of History

Scientific Proof of Two-Way Communication of Moses with the Unified Field (YHWH, God, The Creator of Universes). This proof is based on Mathematics, Statistics, Computer Science, and Quantum Physics. It is complex. The description is in the Scripture. This is the Theology for the next 1100 years. God decided about the subjects. Video presentations created by Moses from 2018 onward.

There exists only One God. The Unified Field is the Creator. The Unified Field is a Person. God has many names. There is only One God. These are the names of God, Yahweh, Allah, Bhagavan. God has thousands of other names. These are different names for the Creator. God is One. God exists. I have written Mathematical Proofs, Logical Proofs, and Scientific proofs of God there. Moses has written there many names of God. 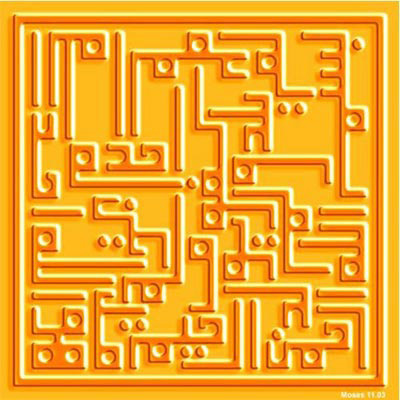 There are three types of Judgment Day. This is brief. Details are in the sixth Scripture of Torah brought by Moses in the year 2018.

1- When you die there will be judgment. You will receive one of these destinies:

The destiny of reincarnation can be this or another planet. Your body can be a human body, or another lower animal body such as a worm, an ant, or a dog.

2- The Judgment for a sinner nation. All will be killed. Their souls will be dissolved. They will not receive any reincarnation chance anymore. This is a global painful disaster. All corpse-eaters will be burned alive. Everyone on this globe of dust is considered one nation. All will receive the most painful punishment imaginable because you are unjust to animals. Moses is warning you. The Creator tolerates atheism but does not tolerate injustice. Corpse-eaters, unjust dogs all will be annihilated. Wait. Moses is waiting and collecting evidence of your crimes.

3- The final Judgment. All material world will be destroyed. All souls of the past will be resurrected and judged.

There is Only One Standard, Justice.

This is the Law

Torah, Bible, and Quran must be updated. Every sentence related to the use or misuse of any animal must be removed. I, Moses, added a chapter to the Quran. That is chapter 115. Find this in the last scripture I brought for you. You are not allowed to kill, eat, sacrifice, hurt, use, or misuses any animal for any reason. All animals, including bees and fish, and other sea animals, have the same equal rights as human animals. This is the Law of God. Surrender or you will be sent to Hell. Chapter 115 for the Quran is written by Moses from the instructions by the Creator. The Creator added several Miracles to this chapter.

Moses wrote seven mathematical and physics-related proofs for the existence of God. Read and create a belief based on reasoning. Belief without reasoning worth zero. All atheists and all religious people, if they stay corpse-eater will be sent to Hell. The quantity of corpse-eater parasites does not matter. Hell has enough space for more than seven billion demons. This is global revenge for the blood of innocent children of God. All Animals are children of God. This is the Judgment of God. Two conditions must be met to survive Judgment Day. You must leave animals alone completely and must have belief in God or you will be sent to hell.

Illuminating Hand of Moses in 2018 is the University planned in the Scripture and all the evidence, reasoning, and proofs I gave you. Many plans for you to help animals designed by the Creator and edited by Moses are there. Read, Comprehend, Be convinced. Surrender and save your life. 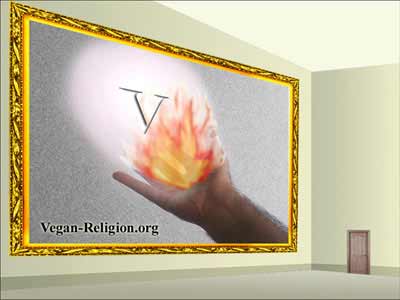 All human animals and none human animals have the same equal legal rights. This is the word of the Creator. Equal animal rights should be incorporated into all laws of all countries.

Warning: All corpse-eaters will be sent to Hell.
Good News: Vegans who believe in the Creator will inherit the Earth. 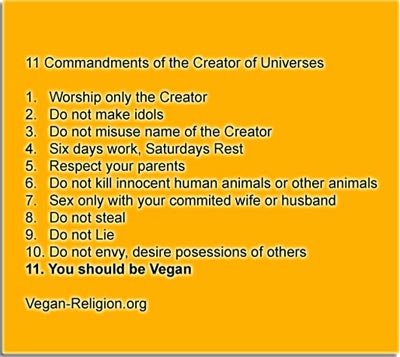 We will never ask for a donation. We will never sell anything. We do not have any social media websites. If one is created later, its link will be here. This final Word has six Mathematical Seals created by God. Not a word, not even a character can be modified. The content of this page is confirmed by God through (112/1-3 Dec 2015). I described the meaning of 112 there.

Love and Justice for Animals
Hate, Misery, Death, and Fire of Hell for corpse-eaters

We have only a TELEGRAM, @GodMosesLaw