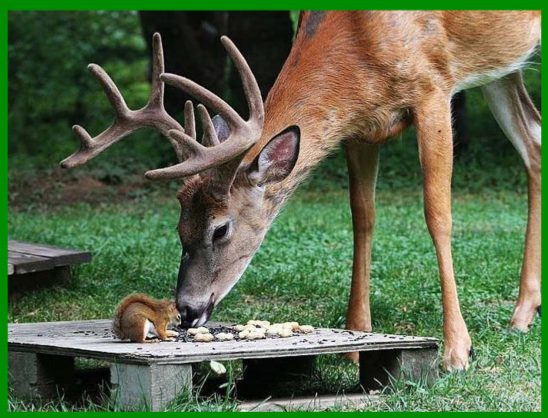 Read this page. Copy and paste to your ms-word document. Download the flyers at the bottom of the page. Use their content. Research about subtitles we wrote here. Add your material. Construct your speech. Go to a high school. Make some advertising two weeks before everywhere and inform people to come to your talk. Talk. If they are dogs, they walk away. If they are human but ignorant, they learn something and change and join you.

that is all you can do for now.

Wait and see how we will enforce all 11 commandments globally by the death penalty.

Stupid, ignorant, and demonic spirits from hell that are killing our animals, all will be sent to hell.

Be patient. The plan will go ahead.

For now, talk. Convert some of them.

The best recruitment ground is in high schools. In this age range, human animals are in a critical state. They want to prove they are somebody. They are not children anymore. They want to learn new things and create an identity. They are rebellious to authority, therefore open to new ideas.

Our enemy, Mc Donald murderer crap food production company is targeting children even at an earlier age. Teens are better for our purpose. Little children have no power and they must listen to their stupid parents and eat any shit that their parents give them to eat. Teens refuse to do so when they are converted. Relatively they have more power than small children.

I have written many animal-rights actions in the Holy Vegan Earth book. Choose from those actions. Posting meaningless photos on social media websites is not a vegan activist, animal rights activist action. It is a placebo. It is self-deception. It is worthless.

If you have money buy the printed book from amazon. If you do not have money download the PDF book from the website. Then search in the pdf file for (high school) keyword.

I have written a couple of chapters there and described the steps. From contacting the management of the school before the speech, what to tell them, what document to give them, to the content of the speech, to the slides that you can use. To the handout paper that you distribute to students after the speech.

Instructions are in the book. And support material is on the website.

- Vegan is not about food, Vegan means Justice 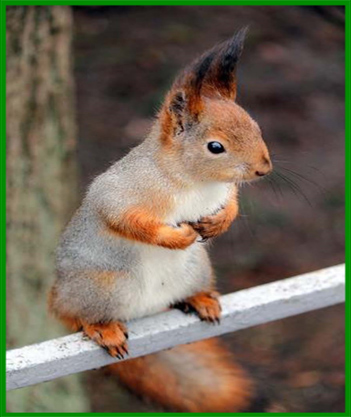 This is the list of content of the speech to be given to the school management before the speech.

In the first meeting tell them you want to make a 30 min speech for students and talk about love and kindness.

When they accept, prepare your real speech using the template and these subjects.

Every high-school has a management crew and a bunch of teachers to teach mostly garbage to children and brainwash them to become obedient useless robots working for the capitalist system.

They fill their brains with garbage and feed their bodies with the corpse to become brainless citizens of a demonic society, follow the Satanic culture of sex, drugs, and material enjoyment, and consume worthless items until the day they die and go to hell.

If you tell the principal you want to teach them concepts of value, they will not let you talk to the students. So tell them you want to talk about love and the environment and any nonsense that they like. Then, when they let you talk, say what you want. Teach them about the corpse of animals in their stomach, murder, destruction of their health and soul, and their destiny, hell, if they are stupid enough, not to convert from dog consciousness to Vegan.

Tell them that a murderer and his assistant are both criminals. In court, both will get the same sentence. A hitman and the guy who hired him are both responsible equally. A butcher is a sick ugly serial killer. One who buys corpses from a supermarket is hiring a serial killer. Both are responsible the same in the eyes of Justice. Corpse-eater consumer and the butcher are the murderer who hires a hitman and the hitman.

These are subjects that you will talk about in your speech. Another template for the speech is on the other web page. But the following is what you tell the school management before they let you talk.

Title: How to make the world a better place

1. Compassion and acts of compassion

2. How to live a healthy

3. How to make the world a kinder place

10. Compassion for all animals

13. How to make a better future for humans

14. How to stand for their beliefs and make a difference

15. How to work together to achieve our goals

This is a template for your Highschool speech.

Treat others, as you want they treat you. It is bad to mistreat or harm others, because of pain. No one likes pain whether it is emotional or physical.

The most oppressed people are animals. 58 billion land animals and 51 billion sea animals are killed worldwide every year. Each of these animals went through pain and suffering before their death. This is injustice.

When was the last time you saw an innocent pig or cow slaughtered on television? Demons of hell on TV do not show you this reality because this causes awareness and change.

Ask yourself, “Does what I am doing now contribute to violence, murder, and pain?

Hold your hand above a match. You cannot tolerate pain for 3 seconds. Think about the pain these animals go through while they are being slaughtered by a knife.

You can innocent animals by not eating their corpse.

You can make a difference. Save someone today. Fight for a animal-rights. Choose your side.

* Side of murderers causing pain and death for animals

* Side of those who fight for animal rights

Start by becoming a Vegan.

It means you do not eat the corpse of murdered animals.

Fish is an animal. She feels pain when killed.

Chicken is an animal. Cow, sheep, and pigs are animals. They are not supermarket products. They are people like you. That is the corpse of a murdered person.

Karma is the law of action and reaction. Whatever you do creates a reaction. If you are kind, the world will be kind to you. If you are a corpse-eater murderer you get sick and die. Your world will be filled with criminals. Wars will happen and kill millions of you. This Karma.

Kill animals, become unkind, therefore you will kill each other for money, for oil, for land. This is war. War will bu8rn your city your house and kill you and your family. This karma.

Good actions will create good karma and future happiness. It is cause and effect. You reap what you sow.

We have world hunger, poverty, disease, and murder. How can we change this?

Step 1 is becoming Vegan. Corpse-eaters are the cause of world hunger.

Helping others means you are directly helping yourself. Sow seed of kindness for other animals. Reap happiness and health as a bonus.

Respect yourself and others. Always demand respect. Respect your parents, teachers, and friends. Respect yourself. Know your value. Being different and not part of the crowd. If 1,000,000 others say something and it is incorrect and you are alone and say correct things, then that is how it is. They are all stupid and ignorant and you are correct. Do not worry about what they think. If you have evidence, reasoning, and proof that you are correct, then you are. The majority on this planet of dogs are dogs. They eat like a dog. Dog eats corpse- they eat the corpse. They are dogs with two legs. If you are Vegan, you are human, corpse eaters are a dog. They are worthless. They are stupid. They are ignorant. They worth zero. Does not matter what they think and say. Their life and death are worthless what about what they think.

This society of dogs promotes immoral sex, violence, drugs, and alcohol through music, television, magazines, and other media. Sex is ok among a man and a woman who are married. Any other form is the cause of sickness and unhappiness. The society promotes murdering animals and eating a corpse, like dogs. They are wrong. Billions of them are wrong. You are right if you are Vegan.

Alcohol destroys your liver, kidney, and brain cells. It makes you sick and stupid.

Eating a corpse makes you a dog.

Do not follow society. Think and research before doing anything.

Live clean and you will respect yourself.

Have compassion for animals and the Universe will be kind to you.

Then you will be healthy and happy.

What is the Holocaust? Killing many people.

Is killing 6 million Jews in world war 2 a holocaust?

Is killing 50 Billion animals every year a holocaust?

53 billion land animals are killed worldwide for food each year.

Is that right to make a human-animal work for you free? He is a slave.

Is that right to make another animal, a horse, a cow or other animals work for you free? They are slaves.

Who are victims of slavery? Human animals and other animals

The similarity of human animals and other animals

Animals are not products. They do not belong to us.

Kindness can be created for all human animals and other animals

Face reality - animals go into slaughterhouses. They are scared. They feel pain. They are murdered.

* Habit - They are stupid and do not think

* Demonic nature. They have no brain. They have no kindness. They are demonic spirits from hell. It is their nature to shed blood and cause pain and death.

* compare tooth of tiger and horse and human

* compare enzymes of the stomach

* compare the length of intestine

You can end this injustice. First, become vegan, then fight for animal rights

Change from a cruel dog to a kind human

Show animals kindness and the Universe will be kind to you.

The average number of attendees: 1,374 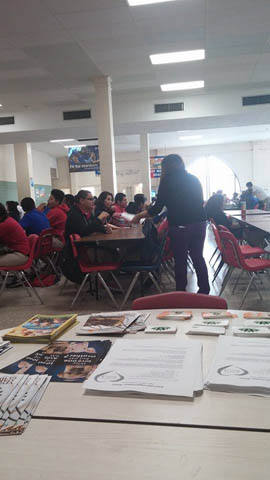 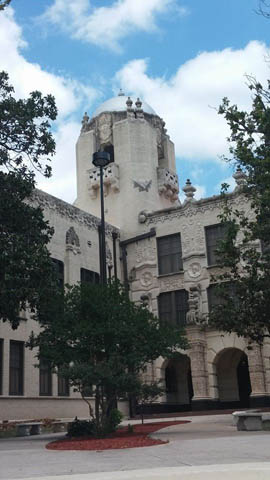 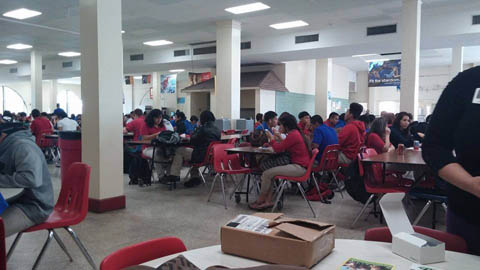 The average number of attendees: 11 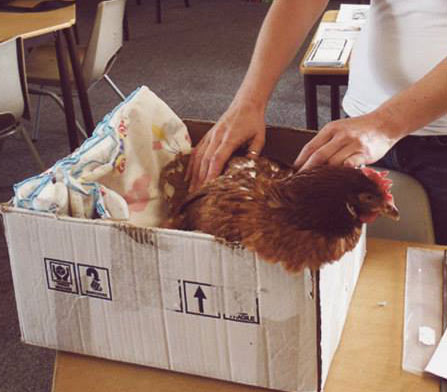 Pamela (Assistant Lecturer) observing the speech from her comfortable box 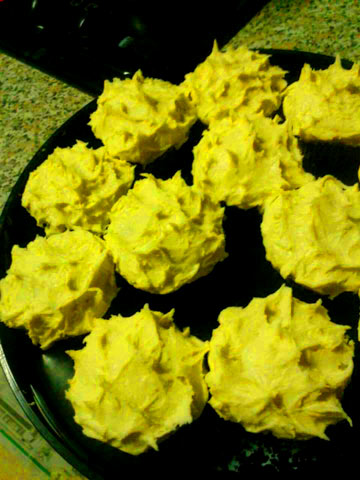 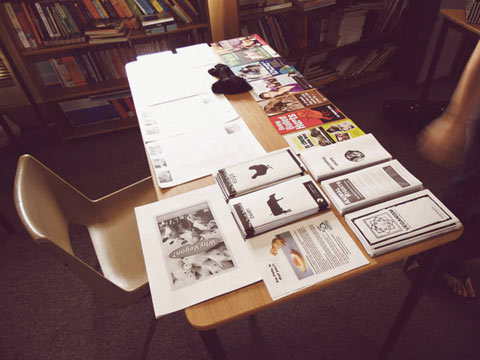 The students were all very receptive and attentive. Most gave very horrified looks of disbelief as they listened to the facts. I noticed they really enjoyed Pamela (the chicken, assistant lecturer) and even wanted to hold and stroke her. And they also really enjoyed the vegan cupcakes I brought along.

Lecturer (Savannah), talking about crimes against animals by corpse-eaters and farmers

These are resources to assist you in making your highschool speech. 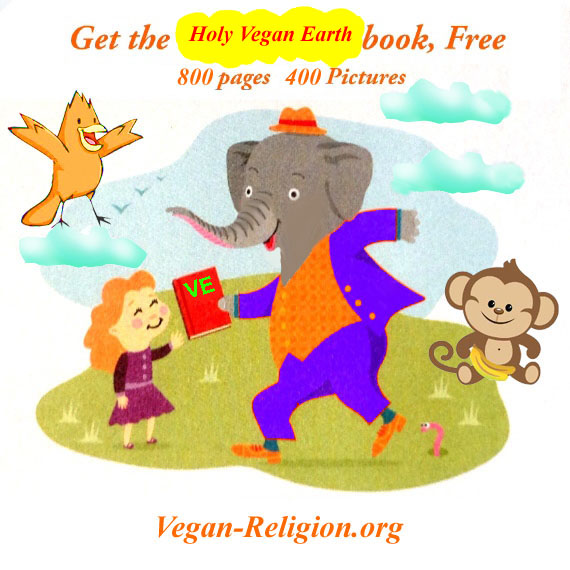 Also beware, although I have put a happy photo here, this is the book of God. This is the book of war. Demons of hell, dogs, corpse eaters, spirits from hell do not change by listening to your words. They need a bullet in their stupid heads. However, try words first. There is a possibility that they are just ignorant and not demonic hellish dogs from hell. In this case, words work and they convert. If you spend more than half an hour on them and they do not change, forget it. Don't waste your time on them. You cannot change a demon from hell. You cannot change a dog. Leave them alone. We will kill them all soon and send all of them back home. To hell. 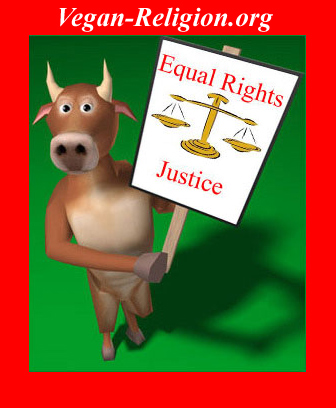 Justice cannot be achieved by words. It needs Gun.

Animals do not have a gun.