Here I assume, the reader is at least a Vegetarian. Corpse-eaters are dogs. Ve do not talk with dogs. Vegetarians are almost there. Level zero of humanity is Vegan. Vegetarians are near level zero, but still not human. Vegetarians are below zero, but they have the potential to grow. Vegan is level zero of humanity. Here Ve tell Vegetarians, why they should elevate and grow up and enter the human realm and become Vegan. If one is lower than Vegetarian, they must go and research on the internet and learn and convert and come back. I do not bother to teach dogs. If they are too stupid to research and learn and convert to below zero levels (Vegetarian) then Ve do not bother to waste time on them.

The best human is a dead human, except Vegans.

All corpse-eaters will be killed and sent to hell soon, where they came from.

Vegetarians have taken one step up in the right direction. They do not eat the corpse. Dog eat the corpse. Those who drink milk or eat dairy products create suffering for animals. The universal law of Action and Reaction will bring pain to their lives. Do not cause pain and death for other animals. Go one level above vegetarian. Become Vegan. Learn, Vegan is not very important. It is not important at all. Vegan is one level above dogs. It means you are not a corpse eater dog. Vegan means fighting for animal-rights. It is not related to food. Real Vegan means Justice. 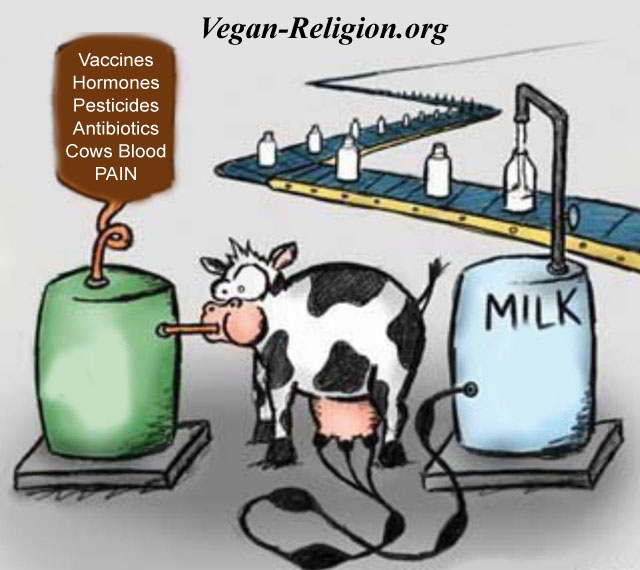 Animals do not have an owner. Keeping animals is slavery. It creates a painful universal reaction for you. You are allowed only to keep other animals like your human-animal children. If you can do that, they are your adopted children. Human female animals release an egg every month. Do you collect that and eat that? It is disgusting. Hen’s egg is the same as the female human animal egg. Do not eat an egg. It is disgusting. Also, you must know that male baby chickens are ground alive by the egg industry. It is a crime. We do not forgive this crime. We will grind them alive soon. This is the revenge of innocent blood of chickens. 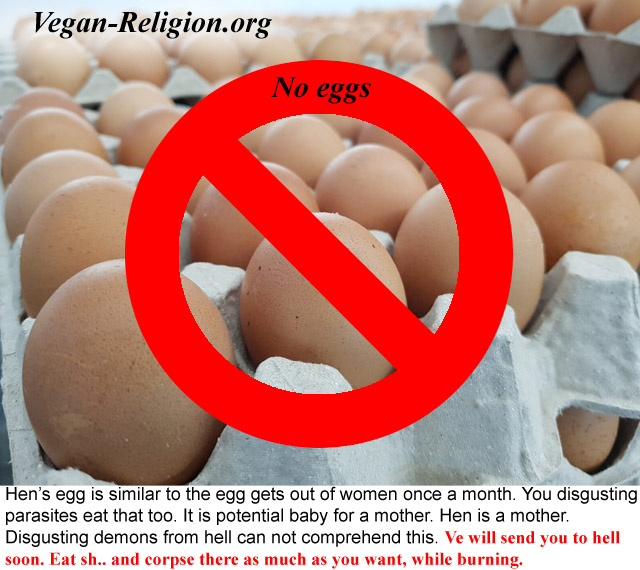 Vegetarians, learn kindness. A cow is a mother. She produces milk for her babies. She does do not produce milk for human animals. Don't Steal milk from the mother cow. Convert to Vegan. Come up to level zero of humanity. Vegans are at level zero. Corpse-eaters and dogs are the same. They are below level zero. 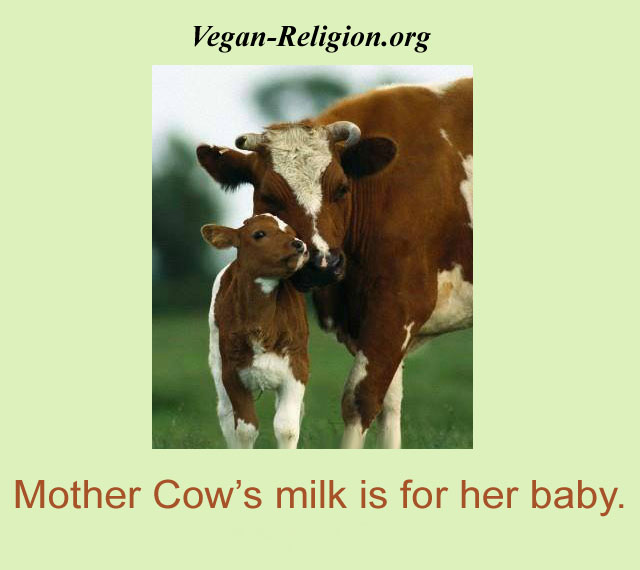 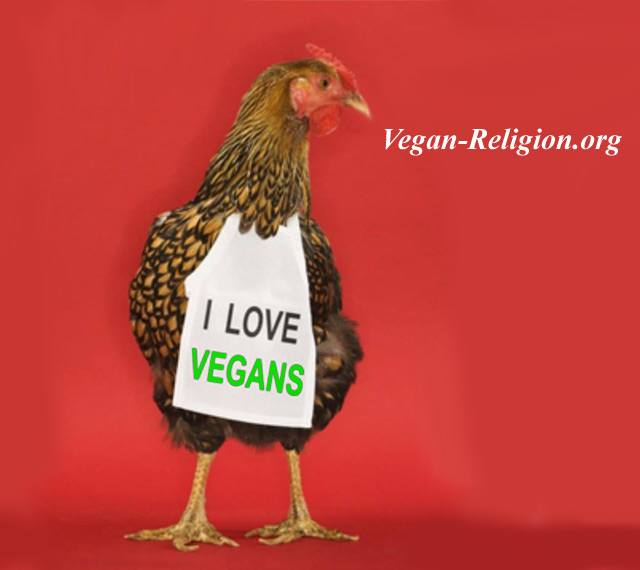 Dairy products harm innocent Animals. Cows are suffering. They are locked in cages. Male babies are stolen from their mothers and placed in grinding machines alive. This is a painful death. Stop creating pain for animals. Become Vegan. Come up to level zero of humanity. Convert from a dog to level zero of humanity. Dogs and corpse-eaters are the same. Vegan means Justice. When you start fighting for animal-rights you are going up from level zero to higher levels. 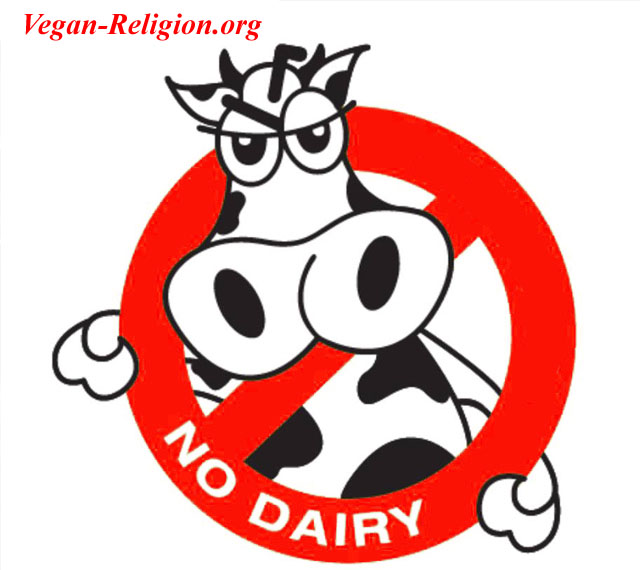 Mother cows are inseminated by horrible methods to keep breeding cows. This is the crime of the dairy industry. This is a direct violation of their body. Vegetarians learn the truth. Milk and dairy products cause large pain for cows. This pain is converted to hate. This hate is inside milk. Use milk and you get sick. It is also a big lie that milk gives you calcium. It is a 180 degree opposite of the truth.

You become a Vegan. If you are vegetarian, learn and elevate from dog to level zero of humanity. If you are a dog come up to the human level. Stop eating the corpse. Stop eating pain and misery and milk. 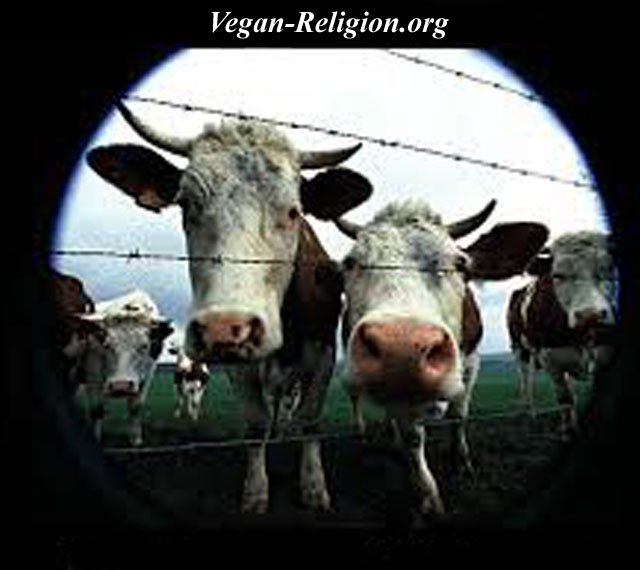 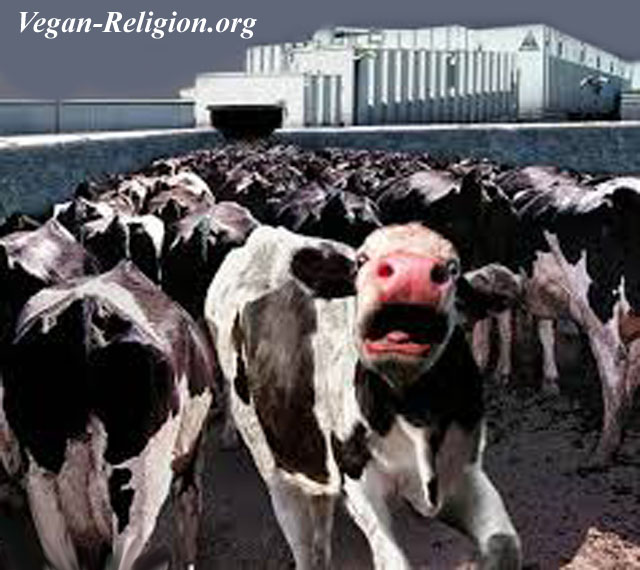 These are horrific crimes against Animals. We must create empathy for Other Animals. They are our brothers and sisters. Do not contribute to crimes against animals. Rise for justice. Go Vegan.